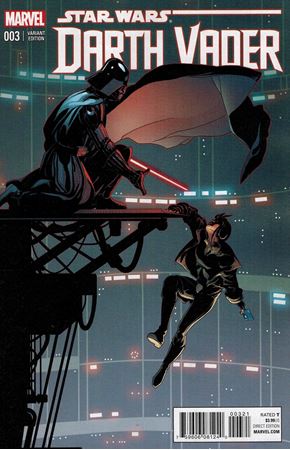 Doctor Aphra is a criminal archaeologist with an expert knowledge of droid and weapons technologies, with a particular interest in ancient weapons and Jedi artifacts. She travels in a unique starship called the Ark Angel, which features a custom white-and-blue paint job. StarWars.com described Aphra as "a (mostly) morally bankrupt, in-over-her-head archaeologist", and Slate called her "driven, selfish, decisive, and wildly unpredictable".

SyFy Wire called the character an anti-hero who "shares the snark of Han Solo and sexual charisma of Lando Calrissian, but toes the line between right and wrong far more regularly than these two characters—and more often than not steps over it into the downright naughty." IGN explained, "Aphra has all of Han's swaggery, scoundrel-y charm, but little of his noble streak." Creator Kieron Gillen noted that the character's main interest is "this weird obsession she has with uncovering old stuff". Noting that "Aphra's sarcasm and the careful way she codes her words are a vital part of her character", StarWars.com also explains that though she is somewhat of a genius, Aphra's ability to think on her toes is what has kept her alive in situations where her genius fails her. Gillen noted that readers can never be sure what the character will or will not do. Doctor Aphra writer Si Spurrier explained that despite the expectation that Star Wars characters "will always do the right thing", Aphra makes mistakes and sometimes chooses the unexpected.

Sarah Kuhn, the author of Doctor Aphra: An Audiobook Original, agreed that "[Aphra] is the definition of chaos ... You never really know exactly what she's going to do, which means that, personally, I think she's having the most fun of anyone in the Star Wars galaxy."